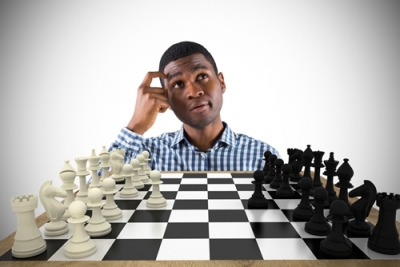 Through gaming and play, employees can experience positive emotions that enhance their learning retention rates.

Regardless of age or experiences, we all play games in some way or another. But games aren't just about play; they educate. From smartphone puzzle-oriented hits like Candy Crush Saga to games of "peekaboo", in which infants learn object permanence, games and learning have gone hand-in-hand for thousands of years. So what happens when you take learning through play and apply it to online training courses?

According to many historians, the adoption of a "game" called Kriegsspiel by the Prussian officer corps was instrumental in Prussia beating France in the Franco-Prussian War in 1870. Derived form the German word meaning "war play", Kriegsspiel was designed as a training system for Prussian military officers in 1812. War and simulation have a much older history thourgh: Chess, one of the oldest games still in existence, was used throughout the Middle Ages and the Reniassance to teach noblemen war strategies. Battle tactics were part of their jobs, and the most efficient training was often through play. The famous back-and-forth nature of a "Socratic" dialogue has parallels in tennis, fencing and other sparring games.

Today, thanks to the technological advancements in smartphones and other mobile devices, almost everyone has become a "gamer". The term might carry a stigma with business professionals, but used as part of an effective training regimen, games can make a huge impact on employee retention and performance.

Game designer and author Jane McGonigal has found that play can create a sense of hope and empowerment. According to her research, gaming produces and heightens positive emotions when individuals are participating and feel engaged. Emotions are one of the most effective tools training instructors can leverage. The late Jim Spaulding, technical instructor at Merit Career Development, believed that evoking emotions from students is essential to improving learning retention and employee engagement.

According to a recent Gallup poll, the 87 percent of workers who currently feel disengaged at their jobs could potentially cost companies trillions of dollars in lost productivity. Play might be the key to changing these attitudes and re-engaging employees.

McGonigal feels that gaming can create behavioral changes that lead to better performances from employees. Her research found that two areas of the brain "light up" when a person is actively engaged in gaming: the caudate and the thalamus, the goal-oriented rewards center of the brain, and the hippocampus, where learning and memory reside. These two parts of the brain are the lynch pins of retention, marrying motivation and memorization through emotional response and other stimuli.

Employees can only improve their skills if they're engaged and attentive during training. By designing courses where learning happens through play - rather than drilling information through presentations - senior leaders can ensure that their associates are gleaning the most meaningful lessons possible through training.